As stated in the Catechism of the Catholic Church, at Paragraph 1163:

“Holy Mother Church believes that she should celebrate the saving work of her divine Spouse in a sacred commemoration on certain days throughout the course of the year. Once each week, on the day which she has called the Lord’s Day, she keeps the memory of the Lord’s resurrection. She also celebrates it once every year, together with his blessed Passion, at Easter, that most solemn of all feasts. In the course of the year, moreover, she unfolds the whole mystery of Christ. . . . Thus recalling the mysteries of the redemption, she opens up to the faithful the riches of her Lord’s powers and merits, so that these are in some way made present in every age; the faithful lay hold of them and are filled with saving grace.” (Footnote omitted.)

The Queenship of Mary and her intercessory role with the Angelic Host as advocate for all of the children of Eve also is celebrated in the liturgical life of the Roman Catholic Church, in the so-called Marian Antiphons – or the Antiphons of the Blessed Virgin – sung during the Liturgy of the Hours of the Divine Office at various seasons in honor of the Blessed Virgin Mary.  (See generally http://www.ewtn.com/expert/answers/breviary.htm.)The Divine Office is comprised of a series of eight services performed each day and night:  Matins (or Vigils), often at 3:00 a.m., Lauds, at daybreak, Prime, at 6:00 a.m., Terce, at 9:00 a.m., Sect, at Noon, None, at 3:00 p.m., Verspers, at twilight, and Compline, before retiring.  Services include canticles and psalms with antiphons, humns, and lessons and versicles with responsories and prayers.   The prayers, hymns, antiphons and other aspects of the Divine Office correspondent to the Liturgical Seasons established by the Magisterium of the Roman Catholic Church. 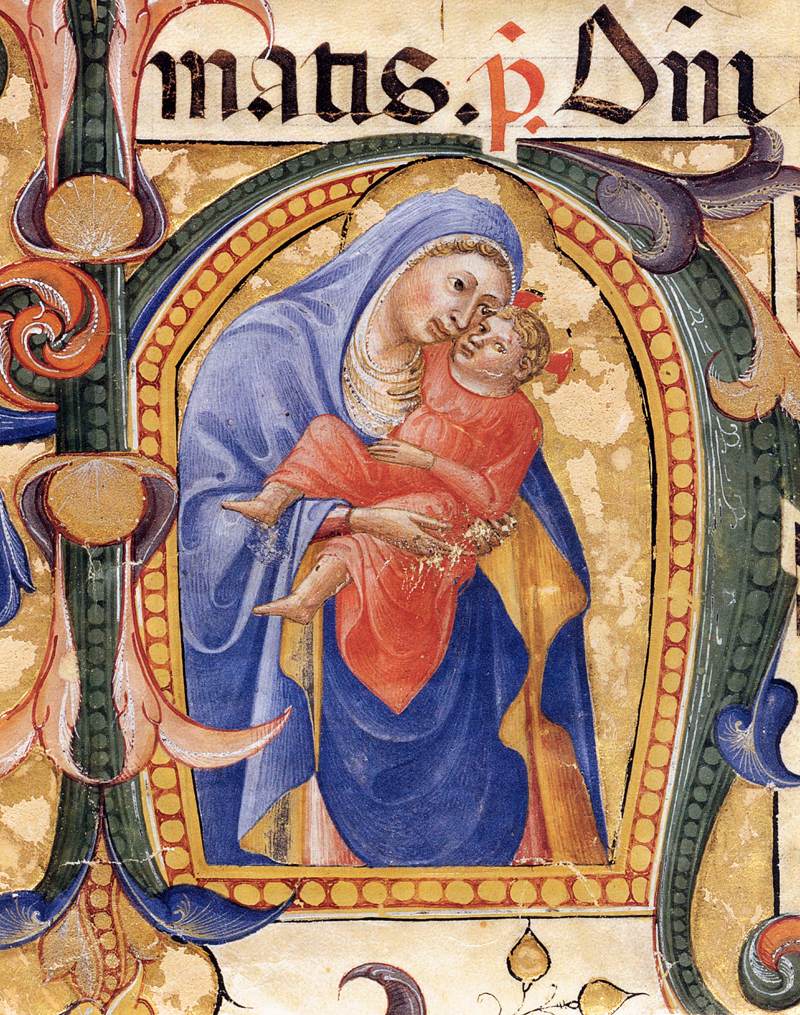 While there are several Marian antiphons, many of them ancient, the so-called Antiphons of the Blessed Virgin refer to four hymns which have been sung as part of the Divine Office for centuries, at four junctures of the Liturgical Season:

Although antiphons are usually defined as  a liturgical chant with a prose text, sung in association with a psalm” (see Michel Huglo in The New Grove Dictionary of Music and Musicians, “Antiphons” at p. 472), “[s]everal categories of antiphon developed without any link with psalmody, such as the great processional antiphons of the Gregorian processional.” (Id., p. 472, Part V.)   Thus, while antiphons normally are tied expressly to biblical texts, the four Antiphons of the Blessed Virgin instead express the devotion of the people rather than reciting prayers from the psalms.

According to Joseph Otten of the Catholic Encyclopedia, “[t]he melodies to these texts are among the most beautiful in the whole Gregorian repertory. As they were intended to be sung by the congregation, they are of simple and graphic construction. They breathe a deeply religious spirit and are an efficacious means by which to reveal to the singer the mystical contents of the texts which they musically interpret. While the four antiphons in honour of the Blessed Virgin Mary and those occurring in the Mass have been prolific texts for figured settings both with the masters of classic polyphony and with modern writers, those preceding the Vesper psalms are almost universally sung to the Gregorian melodies.”

Each of the four Antiphons of the Blessed Virgin are set forth in the original Latin and in English translation, below.

Some beautiful renditions of Alma Redemptoris Mater may be heard on the videos below:

Some beautiful renditions of Ave Regina Caelorum may be heard on the videos below:

Some beautiful renditions of Regina Coeli Lætare may be heard on the videos below:

Some beautiful renditions of Salve Regina may be heard on the videos below: